Both smoking and vaping have often been debated as habits that answer to one’s craving for nicotine. What's worse, vaping and smoking are often confused and regarded to be complementary to each other . 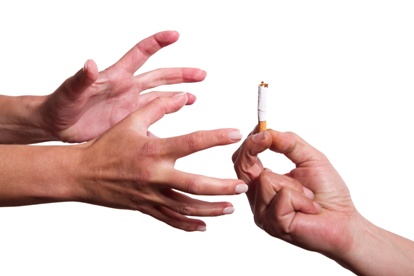 However, the truth is, vaping is way different from smoking and shouldn't be considered as a means to a new addiction. In other words, vaping can be adopted as a way to quit smoking, like an antidote that will satisfy your nicotine craving, but cause lesser harm in the process.

In this post, we take a closer perspective at both smoking and vaping to help form a comprehensive idea.

Read on to find out more.

Nicotine and its effects

Both smoking and vaping works with nicotine. However, the point of difference being smoking cigarettes involves tobacco which releases several harmful chemicals and toxins, like tar for instance.

On the other hand, vaping is known to deliver nicotine to satisfy one’s craving via e-liquids, which by comparison, is less harmful.

One must understand that despite the addictive nature of nicotine, it alone does not cause cancer. Regrettably, some people get used to nicotine consumption soon after they start smoking traditional tobacco-infused cigarettes.

Furthermore, in case of traditional cigarettes, one can't seem to have any control over the amount of nicotine used. In comparison, vaping allows you to choose e-liquids across varying strengths and also multiple ways to vape. Both smoking and vaping are known to produce feelings and sensations that are pretty similar.

However, the majority of vaping experience boils down to one’s personal experience, where it might work with some people who are struggling to quit smoking.

When you smoke cigarettes, it gives you an instant hit and a harsh feeling to lungs. In most cases, one can’t even taste the tobacco but the bitter tasting formaldehyde. Besides, as a smoker your mouth and hands stink from holding on to the filter at the end. Some smokers also develop the habit of spitting at regular intervals which arises due to the nicotine intake and gradually builds up across your saliva inside the mouth.

Reportedly, some smokers also prefer taking a shower after a heavy round of smoking to get rid of the stinking smell. At times, when talking to someone , it might be a case of embarrassment , especially if the other person is a non-smoker and doesn't like the smell of tobacco on your breath.

In comparison, vaping with e-cigarettes is way less harsh on your lungs. Of course , you get a throat hit only when you are vaping nicotine salts. However, unlike cigarettes you can easily get rid of  the smell inside a room as the vapor dissipates fast.

In case you are vaping for the first time , chances are you will appreciate how much vaping is similar to smoking minus all its negative attributes.

According to the report released by the Ministry of Health, NZ, that aims to make the country a smoke free nation by the end of 2025, nicotine vape juice NZ is way more cost effective compared to traditional cigarette smoking.

Initially, the expected cost in setting up your vaping apparatus and buying e-liquids ranges anywhere between forty to sixty dollars.

On an average, if one does the math smoking anywhere between fifteen to twenty cigarettes each day, the annual expense adds up to almost $9000. With varying brands, the figure can be different from one smoker to another.

In comparison, vaping incurs an annual cost of no more than nine $900, which makes it a worthwhile option to consider. By all means, for anyone who is struggling to quit smoking, it is a good call as it will not only help him quit his habit but also save money in the process.

So, you see, vaping slotted against tobacco-infused cigarettes, turns out to be one of the best smoking alternatives. For highly addicted smokers who are left with no other option, vaping offers a full-proof way to embark on a healthy way of satisfying their nicotine craving.

Not only does it cause less harm to one’s body, but also cuts down one’s expenses incurred for smoking. While one debates the idea of vaping and smoking, it's always a wise call to choose sides with the lesser evil.

Flavoured & Unflavoured Nicotine Vape Juice - What Should You Prefer?
April 16, 2022